I’m sure a number of people are wondering why I’ve not posted any results from the first day of Leagues on Tuesday. There is an unwritten rule that League results not be published during the final week of the season until all of the League meets have been completed. All Leagues do not run their conference meet on the same days. Since participation in the State meet is dictated by having a time, jump or throw that ranks in the top 18 in the state, the knowledge of results from meets happening earlier in the week might change which event an athlete runs in their meet later in the week. This is the time of the season where coaches gamble that their athlete’s top 18 time is secure enough that they can run the athlete in a relay in hopes of qualifying the relay for State and giving more kids the opportunity to race in the State meet.

That said, another school record fell on Tuesday…stay tuned! 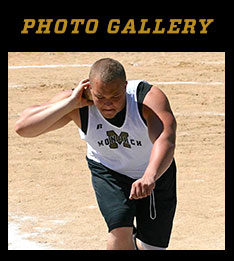 Designed and Developed By Voltage